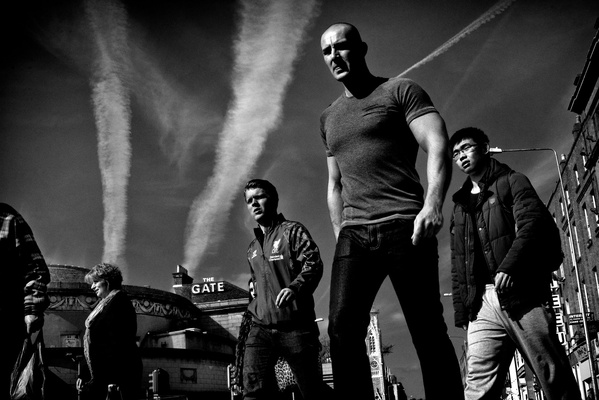 During Paris Photo 2015, to celebrate Catherine’s pending 50th and her return from speaking and presenting an artwork at Typojanchi, a typography biennale in Seoul, as well as the launch of my new book ‘Body of Work’, we had arranged a soirée for friends at a tiny bar in the Marais .. as it turned out, it was the evening after the monstrosity of the Paris attacks. Our French friends urged we press on with our plan amid a very subdued city.

Amsterdam photographer Awoiska van der Molen (‘Sequester’, 2014) brought along Dublin photographer and musician Eamonn Doyle who had just launched ‘ON’, after the previous year’s ‘i’, the best new street photo book I have seen in a decade, said Martin Parr. ‘ON’ (think Beckett), the second in a trilogy, is a remarkable work too, a tangent, ethnological evidence on the streets of Dublin, canny, compassionate and contemplative. We exchanged books.