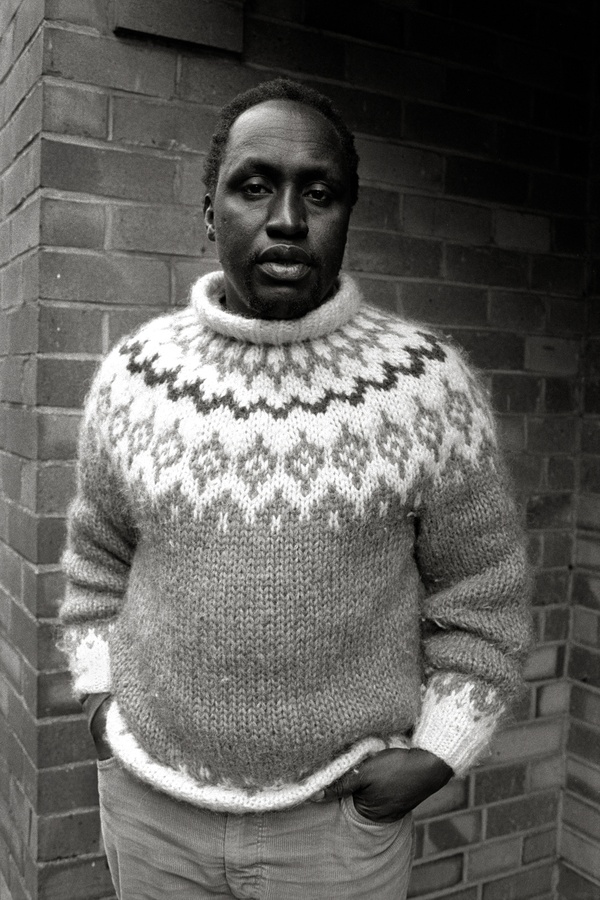 Ngũgĩ wa Thiong’o, the great Kenyan writer whom I photographed while visiting Auckland, New Zealand,  July 1984 ... his novel ‘Petals of Blood’ took me by storm, published 1977, the year he was imprisoned by Kenya’s Moi dictatorship.

He is interviewed April 2017 in the Los Angeles Review of Books by Nanda Dyssou, a Congolese-Hungarian journalist and fiction writer living in Los Angeles ... the fifth question, on exile:

NANDA DYSSOU: Much of your success has been achieved outside of Kenya, as you have been in exile from your native land for over three decades. Does the sense of alienation stemming from that reality ever recede?

NGŨGĨ WA THIONG’O: No, not quite, but I have tried to counter that with the knowledge that exile has impacted history in strange and even fascinating ways. Think of Moses and Jesus in Egypt, Muhammad and his followers finding refuge in Christian Ethiopia, Marx in France and London. The experience of exile germinated thoughts that later impacted home. I suppose this is what the Afro-Caribbean writer George Lamming meant by his famous title, The Pleasures of Exile (1960). Also, I have developed an outlook that I call the “globalectical imagination,” in my book Globalectics: Theory and the Politics of Knowing (2012). It is really an expansion of the Blakean vision of seeing the world in a grain of sand, eternity in an hour. We are connected. 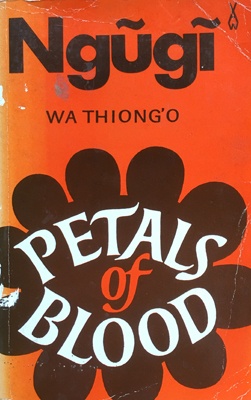 .. my battered copy of ‘Petals of Blood’