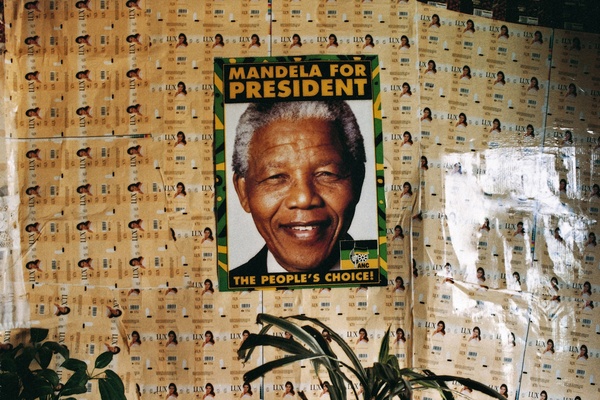 OBED ZILWA, a photographer from the Cape Town Argus, rang our cellphone (South Africa had had them a month) and we arranged to meet in a few minutes, on a central city street corner.

“Where is it from here?”

We knew that robots were traffic lights but not that directions were given in accumulating robots from the starting point. Twice, Obed returned to his office and telephoned to ask where we were. He would be my guide through the camps.

On the other side of the fine, four-laned motorway as you drive into town from Cape Town’s international airport, there are squatter camps. They sprawl just off the motorway’s edge out to the horizon. It was a shock. I had forgotten about them. Last year, they were trying to fence them off just high enough so you couldn’t see in from your car ... /complete text