On the way to an ambush 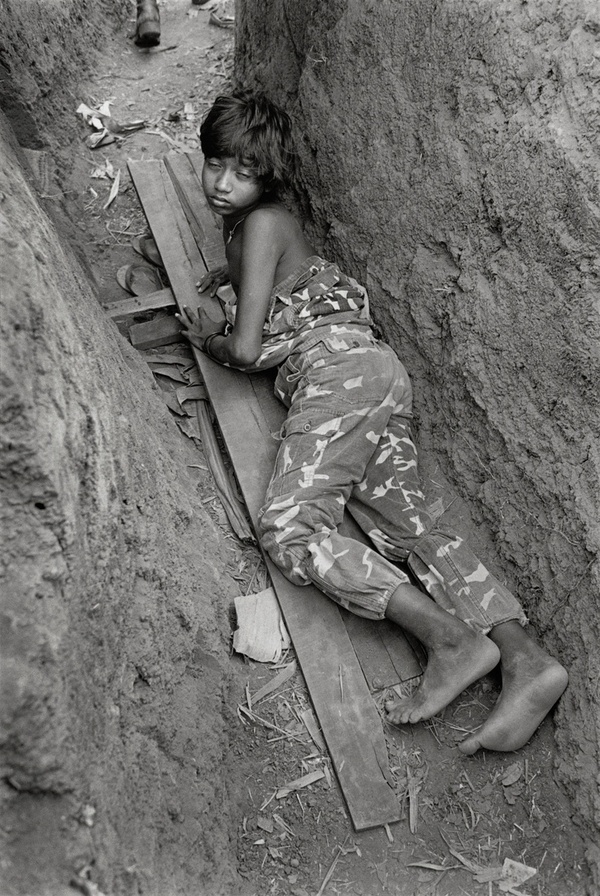 Last days of ‘Ways of Being’

Thought of this image from Burma (1989) this morning, as the last day rolls up for the Dowse Art Museum’s exhibition ‘Ways of Being’, superbly curated by Sian van Dyk.

My several images in the group show are of underground coalminers (1981/86), and the two vastly different territories curiously met in my mind over breakfast. A young Karen National Liberation Army soldier rests in a trench at Mae La next to the Moei river, a lull during the KNLA’s struggle against a cruel Burmese military (1989).

This journey became part of ‘On the way to an ambush’ (VUP 1999), a book, years after the fact, about the capriciousness of death and the madness of grief.

More years on, with the fieldwork complete, and after ‘folded eggs’, my recent artist book, a modest meditation on history and memory, I’m now embedded in the edit of my New Zealand Wars project (1845—1872), an artist book and exhibition next year.