Topp Twins when they were very young 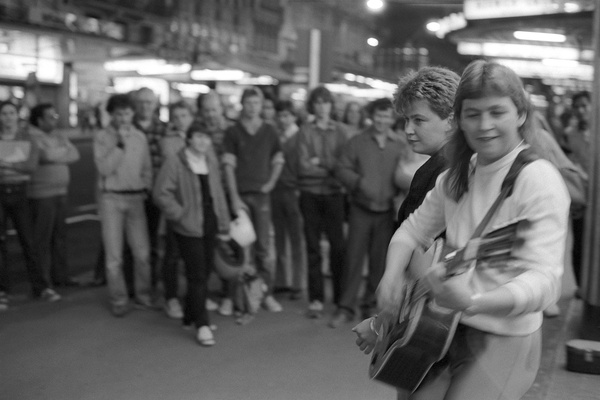 The phenomenal Topp Twins when they were very young, Queen Street, Auckland, Aotearoa New Zealand, July 1982, busking an afternoon in the central city, a mob burgeoned and swelled to block the broad pavement of the golden mile, to overflow onto the carriageway, choking traffic, and then the police were there – hoots and yells from the throng – to snuff out the session, and take the twins aside for kōrero .. awesome! 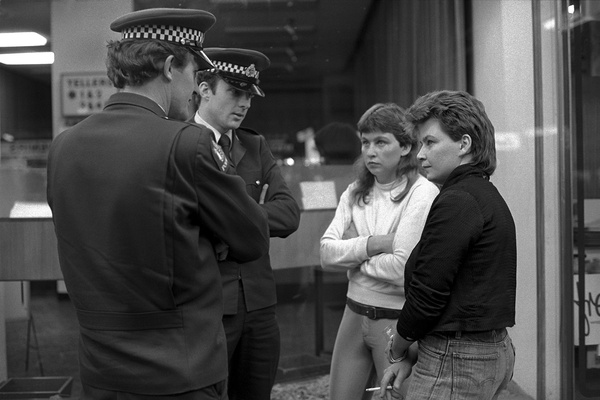