A MAN AND A WOMAN 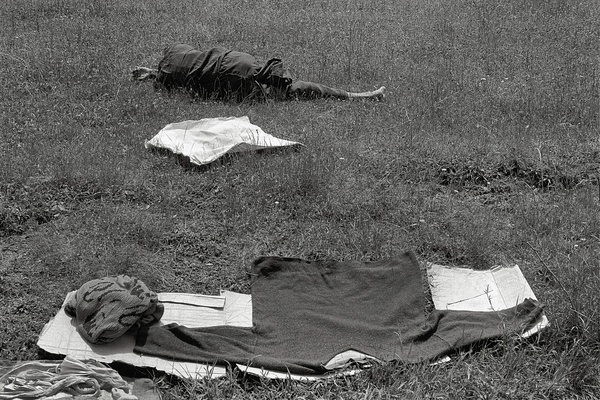 from PRESS ESCAPE TO CANCEL

“A MAN AND A WOMAN in a small red car reversed along the dirt berm towards me. I had been hitchhiking less than ten minutes. The previous evening, in Lazio’s bar, I had celebrated the Albanian Kosovars’ return with twelve men, including the man driving the small red car. He reminded me of this, because I didn’t recognise him. We established, in and out of gesticulations, and some English words, that his wife worked in a laboratory, or that’s what I thought we had established. When we reached their destination, I looked out the car window while gathering my overnight bag and camera and observed through a high wire fence, two men in pyjamas lying in long grass under a warming sun. In the way that photographers do, I took two quick photographs. On seeing me do this, the man from the small red car waved me towards the guarded entrance while his wife turned and grinned embracingly. I pointed to my camera, and then towards the entrance, and he laughed loudly, shouting, “Free Kosova!” She laughed heartily too. We were at Enti Special Hospital for the Mentally Ill. The wife was the doctor, and her husband was delivering her to her first day back since the bombing began.”
— Bruce Connew, excerpt from ‘Press Escape to Cancel’, SPORT 24, Summer 2000

I entered Kosova from Macedonia on 19 June 1999, seven days after Nato troops, and hitchhiked about for eight days during the early return of Albanian Kosovar refugees. Press Escape to Cancel project. 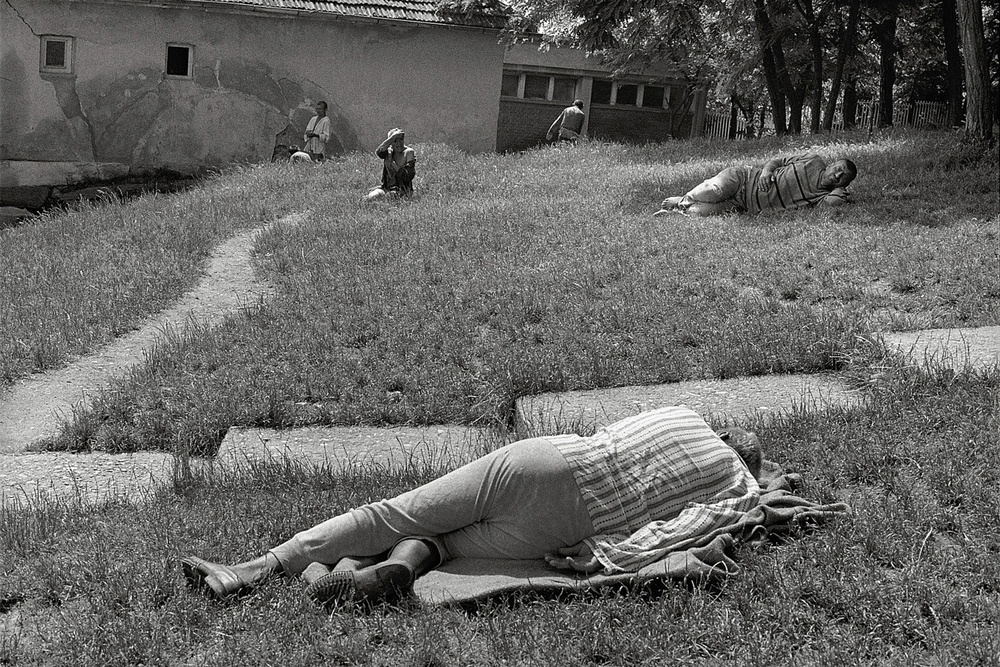 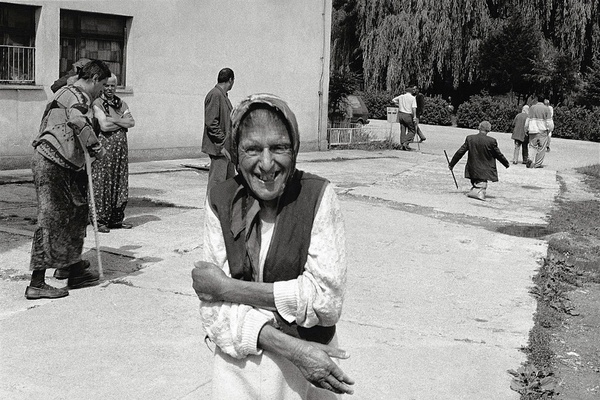