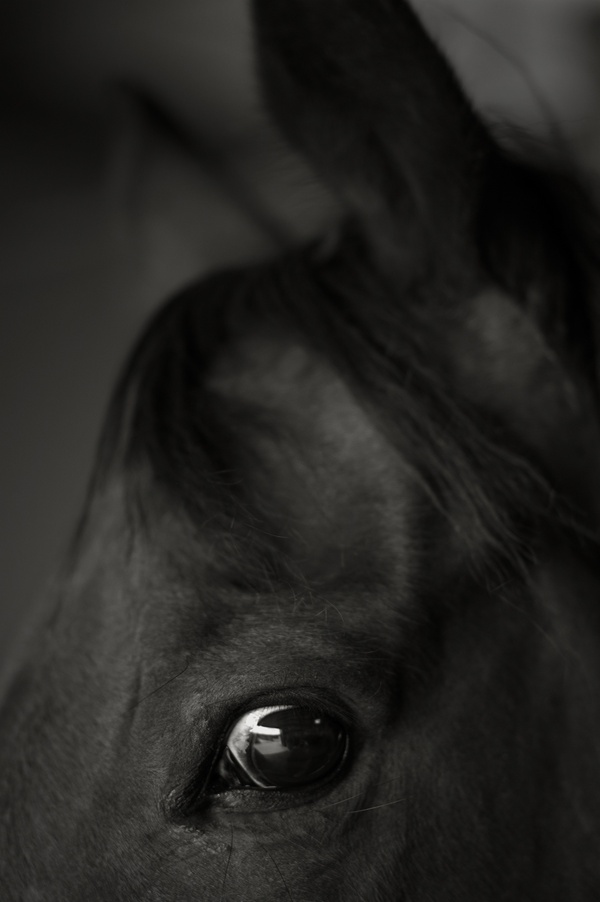 What do I know about Premarin? What do horse hormones have to do with the birth of my children and the balance of my aging wife’s hormonal level? Is Premarin really contrived of horse urine? “Yes”, she whispered, and “all theatres must end in tragedy or the glorification of banality to succeed in the minds of their small audiences”. And how do we contemplate our various theatres? What discipline is there to be measured in the copulating muscular mass? Binary adventures are regulated by need and avoidance in equal expenditure. Every family is still connected and is tethered by some small ribbon tied around their collective and imaginary finger to keep their memories bright while wading through the present, darkly. There are the gnashing teeth, the hair pulled tight to the neck, in which sturdy vertebrae and shivering musculature are dripping in foamy lather in warm barns smelling of harvest hay and pre-harvest Premarin.

The theatre of bliss and the theatre of cruelty are inseparable. The year of the horse has past and yet the species continues its coupling with the aid of human intervention. Why won’t that horse fuck? We had put him back in the stable with the other males where he was chewed up a bit. He became angry and by default the winner by the violence that life and his brothers had accorded him. Only when his gait was strong and his loins were swelling did we release him to the mare waiting in an apprehensive and receiving grace. Strong and willful, he was still blinded by fear of the fight. The steed as it were, attempted to mount and failed his first attempt for the fear still coursing through his veins. He mounted again and was aided by the gloved hand of man directing his lumber towards the wet female. Rife with anticipation she quivered, hooved and moist. The hand gloved in some other animal’s skin had glided the steed’s heft inside and there was a continued biting from his mouth, jaws clicking. The mare is in transference of his fear and pleasure. This was the beautiful cycle of life in the theatre of the absurd for many of the species. Here awkward and spot lit stages from which to uncoil their fear, pleasure, grimly or dimly alit from overhead and not dissimilar to an operating table. She still takes it standing.

The myth of Blaise Pascal is indebted to the history of imbalance and disorientation. It is reasoned that his proto-existential philosophy, which contemplates voids and emptiness with dizzying displays of paradoxical and omniscient behavioral disorder was indebted to one particular moment of failure in his life. The experience was at once tragic and at once fruitful in result. As his horse carriage traversed the expanse of the Neuilly Bridge in 1654, the horses that guided, broke reign and a tumultuous careening back and forth across the width of the bridge ensued. Bringing Pascal ever closer to death, the horses, foaming in heated and disoriented physical exertion, broke over the barrier of the bridge and were flung into the Seine in their terror and panic. Pascal sat clinging to life on the edge of the rail still in the carriage which had detached itself from the horses below. He had found himself and the carriage installed on the left hand side of the bridge rail teetering precipitously towards the Seine. Pascal, rooted in his seat peered over the edge in equal amounts of fear and tribulation for having his life spared, yet lingered very close towards an inevitable fall into the abyss. It was at this instance that his life would forever change. The disorienting view, the vertigo that would ensue, inspired Pascal’s fear of having a yawning gaping chasm on his left hand side the rest of adult life. At times, he would not be able to cross public squares, walk on elevated platforms or up stairs without a paralysis of vertiginous fear. It would lead to the development to his thoughts on the cosmos, god, post-enlightenment nausea and a larger discourse on the void of being under the hammering oppression of thought. Had the horses in Pascal’s life not broken from their duty, the peering black universe and the advancement of reason as to our position within it, would be gravely misunderstood at present tense.

What Bruce Connew’s book “Body of Work” recalibrates is the very interesting and historical metaphor of the horse ...

What Bruce Connew’s book “Body of Work” recalibrates is the very interesting and historical metaphor of the horse, its breeding and its human-made enslavement towards a metaphorical barrage of existential delight. The horses in his work exist in a dim yet calculated light, full of treason and “nightmare” alike. The subjects within seem to wonder into the flood of a dim light bulb enhancing the theatrical aspect of their surrounding. There is little by way of human intervention in these images, but there are traces in a few of the photographs- notably the image of the person guiding the steed’s hard pulsing cock into the mare’s moist crevice. The light refracts off her in a discomforting way. The crevice is wet and perhaps even enhanced by lubrication and it looks to pulse like flesh in a David Cronenberg Film.

Throughout, the life of the horse is examined. Though I do not suspect this atmosphere is directly related to the Premarin harvesting that I mention in the allegory, it was certainly brought to mind. Premarin is an awkward supplement for human hormonal conditioning. It is mare urine mixed with other synthetic drugs which is marketed as a supplement for women entering menopause. I do not wish to dwell on the feminine aspect of the product. I wish to look at Bruce’s horses with a gleeful eye of doom. Everything feels somehow cyclical yet absent, the trials of life repeated. It is one of those books that landed in the post box that I did not ask for, but it is possibly the best book I have seen in a long time. Its execution and content are alluring and uncomfortable for reasons one does not see at first. It is like the void of existence that Pascal saw when contemplating his potential death in the waters of the Seine below…the current of life, its progression and its never-ending possibility for decline are all very akin to the work in the tome. Highest Recommendation.