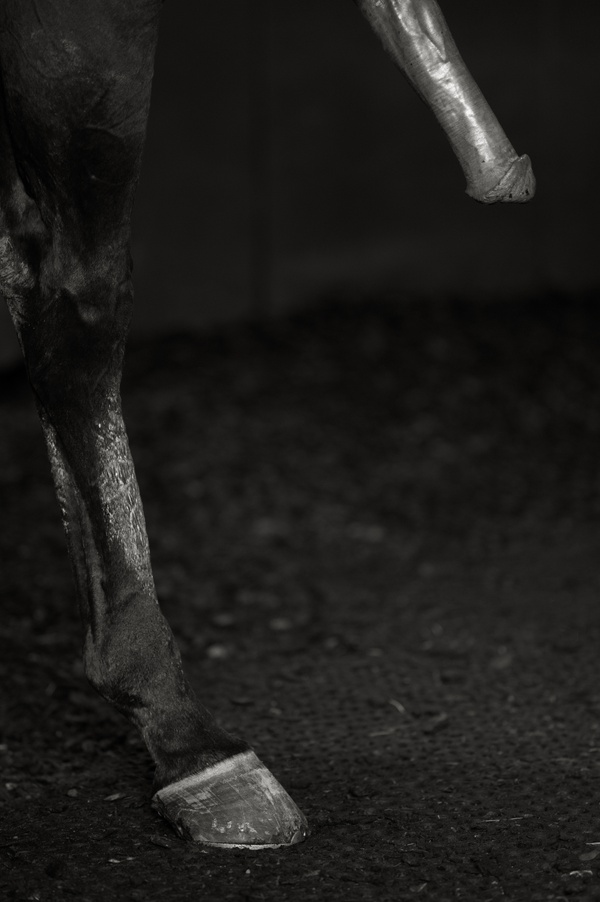 “Along with a stallion in full erection, and a mare, with foaming vulva.”

Photographers are snipers, no question, and Bruce Connew – journalist, artist, documentarian – is an exemplar. Paint yourself into the background, disappear, wait, evaluate, breathe, stay calm, and take the shot when that moment comes. Connew does not have the security of distance though. He’s in the room. Present but not presence. Along with a stallion in full erection, and a mare, with foaming vulva.  “Has Connew invented ‘horse porn’?” asks Christchurch Art Gallery director Jenny Harper in her review of Connew’s new production Body of Work in the March issue of Art Monthly Australasia. “Repulsive and thrilling simultaneously, time is needed,” Harper cautions the viewer. “Like him, I wonder at the mournful eyes of the mares and their awareness of what is to follow. How much do we project our feelings onto their future? How far does human empathy reach?” But this is also industry. “Taken inside a horse breeder’s barn and dimly lit by an electric fixture, this is no natural environment. The stud must be continued; the time is right. Frisky horses need to get down to the business of continuing an important line.”

Connew’s new work has stirred superlatives internationally. In his review in contemporary photography and art magazine americansuburbx.com, London-based artist, curator and editor Brad Feuerhelm writes “What Bruce Connew’s book Body of Work recalibrates is the very interesting and historical metaphor of the horse, its breeding and its human-made enslavement towards a metaphorical barrage of existential delight. The horses in his work exist in a dim yet calculated light, full of treason and “nightmare” alike. The subjects within seem to wonder into the flood of a dim light bulb enhancing the theatrical aspect of their surrounding.

“Body of Work is possibly the best book I have seen in a long time. Its execution and content are alluring and uncomfortable for reasons one does not see at first. It is like the void of existence that Pascal saw when contemplating his potential death in the waters of the Seine below…the current of life, its progression and its never-ending possibility for decline are all very akin to the work in the tome. Highest Recommendation.”

In his Book of the Week for Photo-Eye, Daniel Boetker-Smith, Director of the Asia-Pacific Photobook Archive and writer, curator, educator and artist based in Melbourne, Australia, writes: “Body of Work is elemental; it is base and it conjures extreme responses of both a strong desire to look further and an unwillingness to continue to have your retina pounded by such savage and excruciating beauty. Put simply this book is a series of images depicting horses fucking. The production and printing of the book is extraordinary, in fact the printing is so good, the ink laid on so thick, that each page is practically sculptural, which makes it all the more confronting. These are offset printed pages made to touch, to feel, to rub, and to fetishize.

“I recall reading something Thom Yorke (Radiohead’s singer/songwriter) said years ago in an interview about ‘Street Spirit (Fade Out)’ being the one song he’d written that was hopeless, that had no resolve, that it was a dark tunnel without light at the end. Connew’s photographs, made inside the breeding barn at a horse stud during breeding season in New Zealand, have this feeling too, and I can pinpoint exactly where this hopelessness is located; it’s in the eyes.

“Connew has broken open a nightmarish world of his own, and it is depicted in the eyes of the horses he has photographed. The other images in the book set the scene, they give you the dark smells, and the guttural sounds, but the eyes relay the distraught and maniacal horror of what’s happening. These anthropomorphic eyes tell the whole story, they plead for help, they scream terror, and we can only watch the barbarity unfold, ‘I can feel death / can feel its beady eyes.’

“This is a singularly brilliant, brave and raw book, made to be savored, and pored over, to be loved and loathed; not loathed because of any flaws, but because, as Thom Yorke said when talking about ‘Street Spirit (Fade Out),’ ‘that song drains me, and it shakes me, and hurts like hell every time … and it breaks my heart.'”