A conversation with Mary-Jane Duffy, March 2009

“I’ve always seen myself, in rare and brief moments of clarity, as a social and political realist documentary photographer ... this new work, ‘I Must Behave’, is no different, it has merely grown out of what has come before.”

Mary-Jane Duffy, along with Mary Newton, were the gallerists at the now sadly shutterd Mary Newton Gallery, Wellington, New Zealand. This conversation with Mary-Jane took place in March 2009 during the exhibition of 14 images from ‘I Must Behave’.

The book ‘I Must Behave’, beautifully printed by EBS, Verona, was launched at Olive Cafe, Wellington, just up the road from Mary Newton Gallery, with a large and exhuberant crowd, in conjunction with Catherine Griffiths’ first AEIOU steel sculpture on Cubana Apatments along the road. The book was later launched in Auckland with an equally large and exhuberant crowd, at La Gonda Studios (Haruhiko Sameshima and Mark Adams), with Haru’s fine book ‘Bold Centuries’.

BC I’ve always seen myself, in rare and brief moments of clarity, as a social and political realist documentary photographer ... this new work, ‘I Must Behave’, is no different, it has merely grown out of what has come before. ‘I Saw You’ uses a different technique, a radically different technique it might be argued, to what I’ve previously indulged in, certainly, but it is about surveillance, and that’s social and political. ‘I Must Behave’ is about behaviour and control, although I must accept not obviously so, but again it is social and political. The technique applied is much the same as I’ve ever used, although I made a conscious decision half-way through 2007 to have my 35mm frame, as much as possible, vertical when I photographed, and with a prime lens slightly wider than my perennially regular, normal lens. As well, I made a point often not to look through the viewfinder at what I was choosing to photograph. I have used these techniques before with other projects, but not with the same dedication of purpose as I did with the latter part of collecting imagery for ‘I Must Behave’. 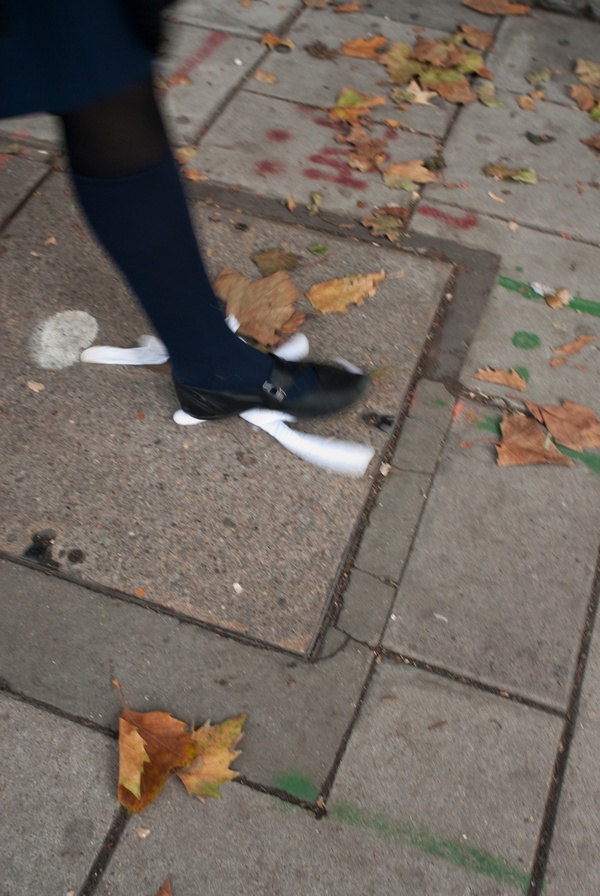 M-JD What has prompted this shift in technique?

BC A desire, I figure, to come in at subjects that correspond with my lines of thought and concerns, at a somewhat different trajectory. Why? I must admit, I haven’t spent much time thinking about it. I can resurrect particular moments: for example, I became aware near the end of seven years photographing Indian-Fijian sugar cane cutters for ‘Stopover’, periodically living closely with them, that I was beginning to consider moving my ideas into new territory, but was unsure just how that vague impulse might proceed. ‘I Saw You’ overlapped the tail end of ‘Stopover’, and while the technique changed dramatically, it remained a microcosmic look at the broad notion of surveillance, an approach not uncommon in my previous work. ‘Stopover’, for instance, while focusing on Indian-Fijian sugar cane cutters, a tiny slice of humanity, is about migration, the hypothesis that we’re forever migrants, only sometimes we’re in positions of stopover.

‘Beyond the Pale’, my whimsical conviction that underground coal miners could represent the nature of, not only some of a New Zealand personality, but also a much wider humanity. In the way it was photographed, and then put together as a body of work, it offered threads common across borders: comradeship, hard work, shared danger, intimacy, sexuality, aloneness, loneliness and others. Mostly, thus far, it seems only to have been considered as a body of work representing underground coal miners. 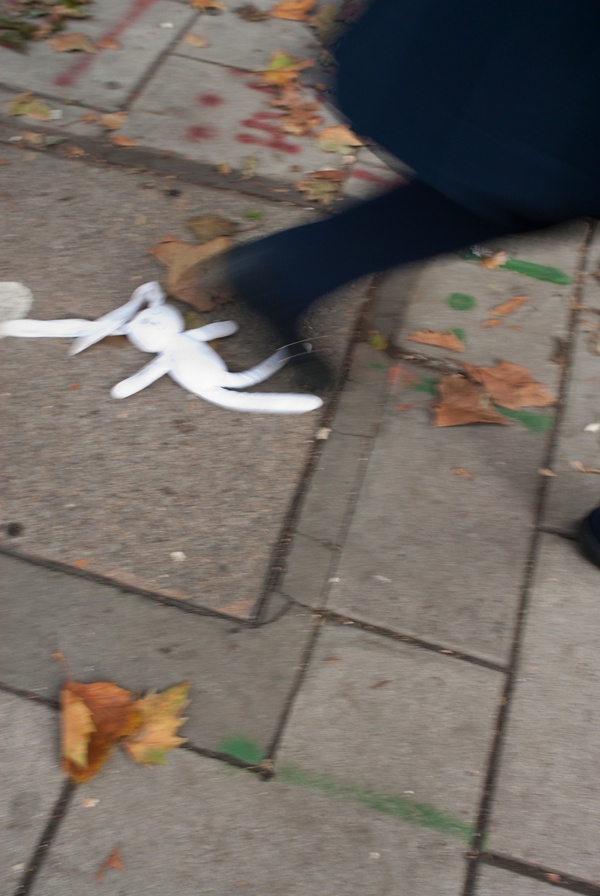 So, I produce work in a realist documentary manner that can be read first, if you like, for its literal, narrative line ... of course, there are always, always, always further layers, sub-texts within individual images, within sequences of images in a body of work, and within a series as a whole. I have never seen it as my responsibility to spell those out. I can discuss process and idea, but meaning, while I have mine, must be in the mind of the viewer.

M-JD Visitors to the exhibition have tried to relate the title to the works quite literally... but it’s not a literal relationship, right? As your byline says, it’s a sideways glance at behaviour. Anything you want to say about that?

BC Yes, I’m aware of that. Anyone who sees the work, without exception, has asked at least once about where a particular image was taken. I’m happy to explain, but it isn’t a clue to the image and its meanings, or indeed a clue to the work as a whole, which is why there is no captioning information whatsoever in the book.

You know, at a late stage in the book’s production, while it was at the printers, I weakened for a moment and considered including an explanatory line or two ... fortunately, a good friend, when it was put before him for a speedy response, said the following: “I don’t think you need this piece of text? Or rather, what it says does not seem to me to cover the broad effect of your project, which for me rests on doubt, uncertainty, taboos, proscribed or hidden practices, a hint of menace and of apocalypse either now or just averted or soon to come—and which gives the viewer a certain not wholly pleasant frisson as to what ‘human nature’ might really involve—by comparison with which the sentence you offer seems a bit too literal and limiting, prosaic even?” That cleared the thought pretty quickly!

The 2008 ‘Censored’ triptych, another recent tangent, developed as I collected work in China for ‘I Must Behave’ ... I enjoy the overlap of ideas and processes ...

With ‘I Must Behave’, I have done away with a literal, narrative layer (beyond a layered title, and, in the book, a layered sub-title too), which may perplex some viewers given the history of my work, but to perplex is not my goal. It’s just that this work, rather than a microcosmic approach, has been collected from 10 different countries over three years, a broad physical sweep attached to the broad concept of behaviour and control, something of a monumental topic, and, of course, one that resists a single definition.

As well, I’m conscious to eschew moral judgement, or, for that matter, use the work to coach, rather it is a tone, a feel, even an inkling that I hope viewers stroll away with. Behaviour and control has been dealt with in many different ways ... this is mine.

M-JD Do you imagine that you will continue to do projects like ‘Stopover’?

BC While I wait for ‘I Must Behave’ to arrive from its fabulous Italian printers, I’m working through ideas for the next project, and while a clear picture is yet to emerge, I figure it will not be like ‘Stopover’, in a way that nothing before was like ‘Stopover’.

I approach the process for each project with an open mind, although that may only now be evident as the differences in process from earlier work are more sharply defined. As well, ‘I Saw You’ and ‘I Must Behave’ are the first two in a series of three projects each exploring a particular social and political theme, so I expect the third to run it’s own path, much as the first two.

The 2008 ‘Censored’ triptych, another recent tangent, developed as I collected work in China for ‘I Must Behave’ ... I enjoy the overlap of ideas and processes, and, I must say, I’m gratified when the likes of lofty, literary magazine GRANTA see sufficient value in the work to publish it. (GRANTA 105, Lost and Found, Spring 2009).

M-JD Mark Amery suggests in his review of ‘I Must Behave’ that you were subverting your own photographic practice. I wasn’t sure I agreed, but perhaps you were?

BC Certainly, my motivation for ‘I Must Behave’, and ‘I Saw You’, did not begin with an art notion to subvert my earlier work. My photographic practice continues to grow, perhaps with an occasional, kooky outgrowth. When I retrace my steps to end up at my abbreviated, formal art education period, before my first social and political documentary project in 1976 (on a dishevelled Aboriginal community in north-west Australia, the fall-out from 1967, when Aborigines were made Australian citizens, and, incredibly, first gained the right to vote), if ever there was a foggy effort to undermine myself, it was probably then with my deduction that I shouldn’t be anything other than a photojournalist. I was aware I wanted to work towards social and political documentary, but considered this single option, which, as I look at it now, was an unlikely fit ... I had years of difficulty with magazines and photo agencies. I had my agenda and they had theirs, and our infrequent, although sometimes lengthy, alliances were a blinding headache to all who were implicated. It took me years to work through that one. I was never a photojournalist, but I tried very hard to be one because I imagined that was my destiny. I didn’t even look like one! So, I suppose, early on, I undermined my own instincts. Now, I’m right on track. 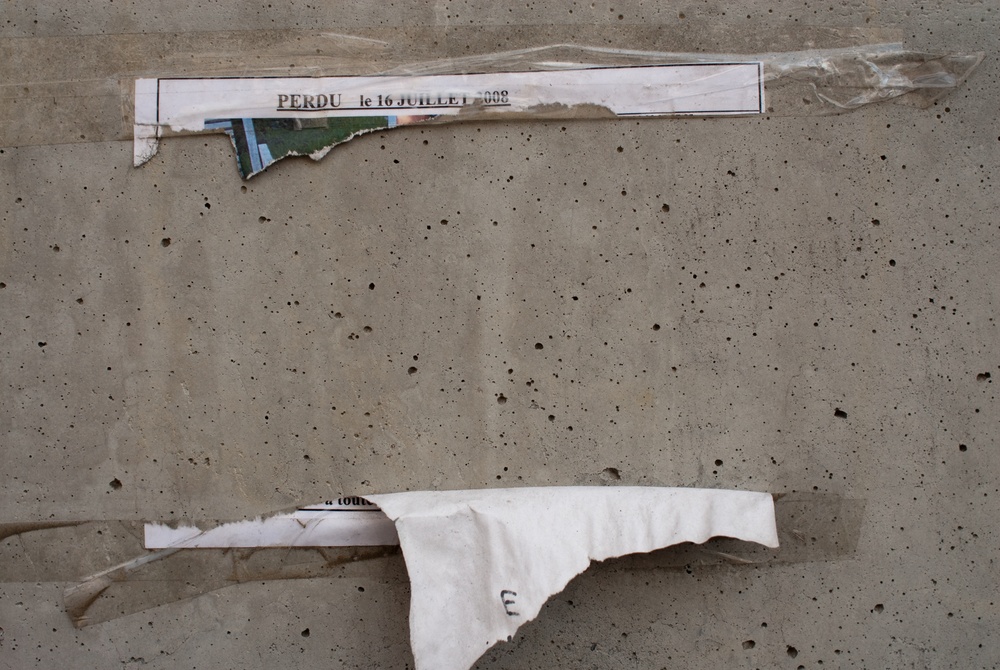