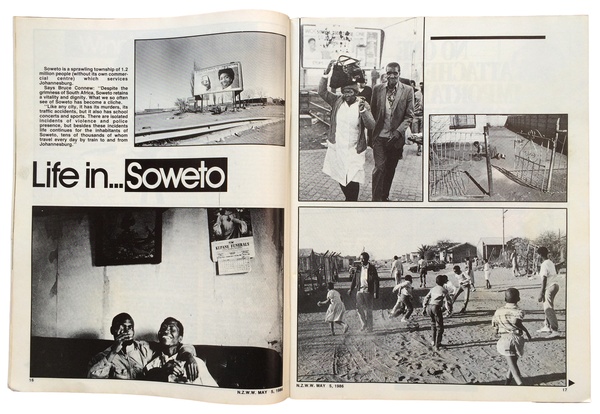 The ‘New Zealand Woman’s Weekly’, when Michal McKay was editor and Pauline Ray news editor, incredibly and bravely offered five pages of the magazine, published 5 May 1986, for a photo-essay about Soweto, and a story on Winnie Mandela by Vernon Wright.

The previous year, an All Black rugby tour to South Africa had been cancelled by the New Zealand courts, and New Zealand, as ever, was bitterly divided over the issue. The magazine probably lost a swathe of subscribers. 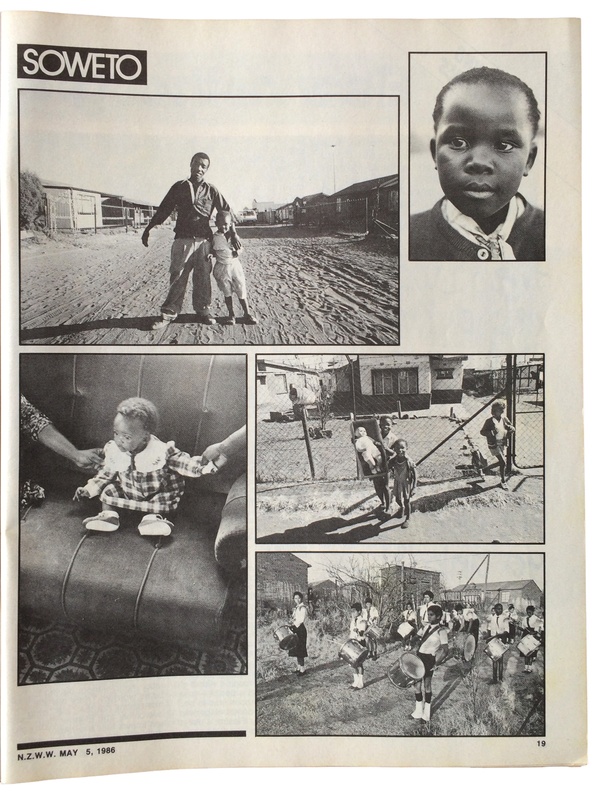 The following is the magazine’s introduction to the feature:

Freelance photographer, Bruce Connew, who won the 1985 Sir David Beattie Award for photojournalism, and writer Vernon Wright, reporter of the year in the 1986 Qantas Awards, travelled 4000km around South Africa late last year. They arrived on the day a state of emergency was declared [I did, Vernon was already there] and stayed five weeks.

In the following pages, we present an exclusive interview with Winnie Mandela by Vernon Wright, and also Bruce Connew’s photo-feature on Soweto township. The photos are from a selection to be exhibited in the National Art Gallery from June 25, and also in a book by Vernon Wright and Bruce Connew, to be published by Hodder & Stoughton in late June [finally published in 1987].