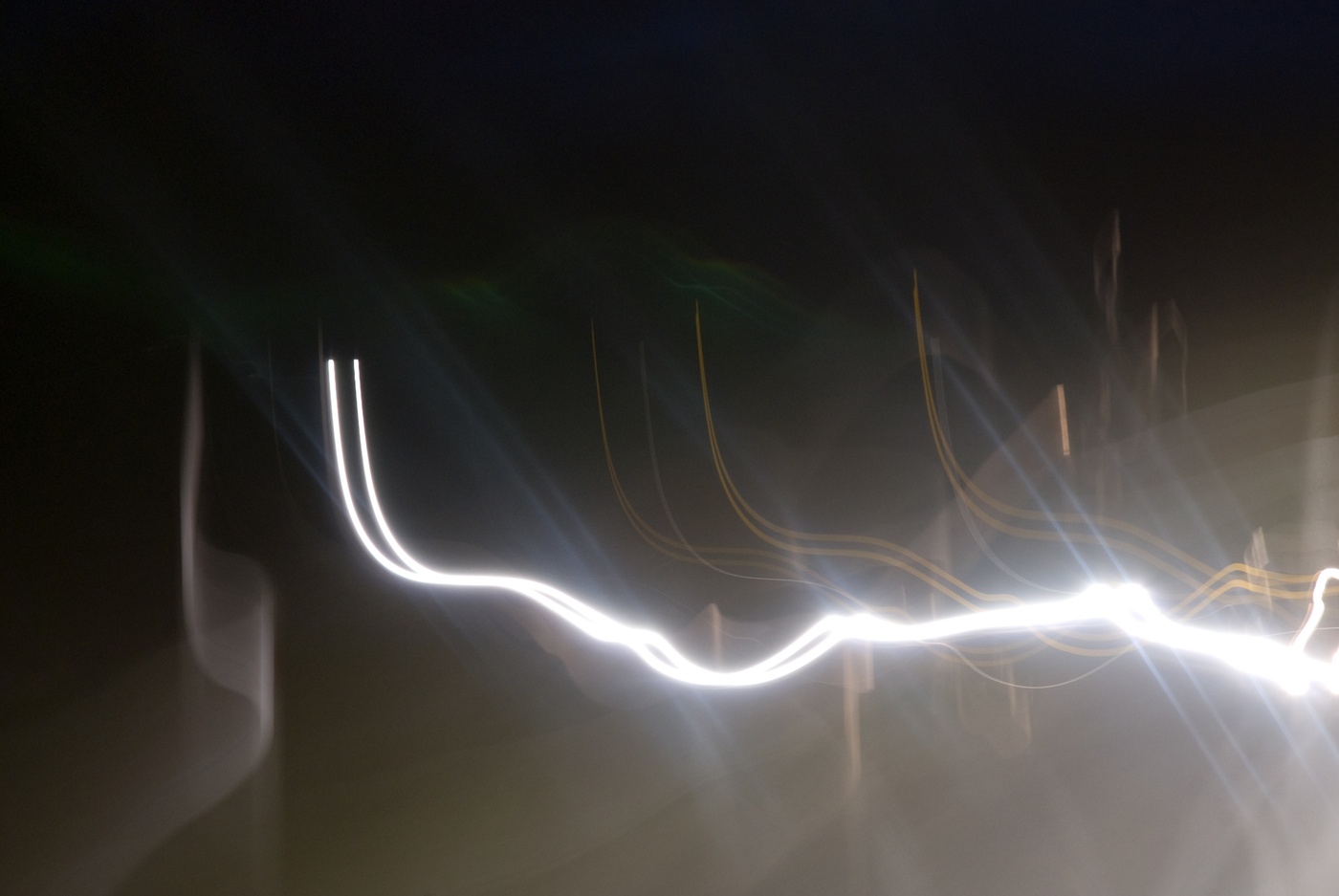 “While the earlier editions in this series focused a critical eye on systems of surveillance and control, this current body of work grapples more abstractly with the geo-political implications of capitalist frameworks.” 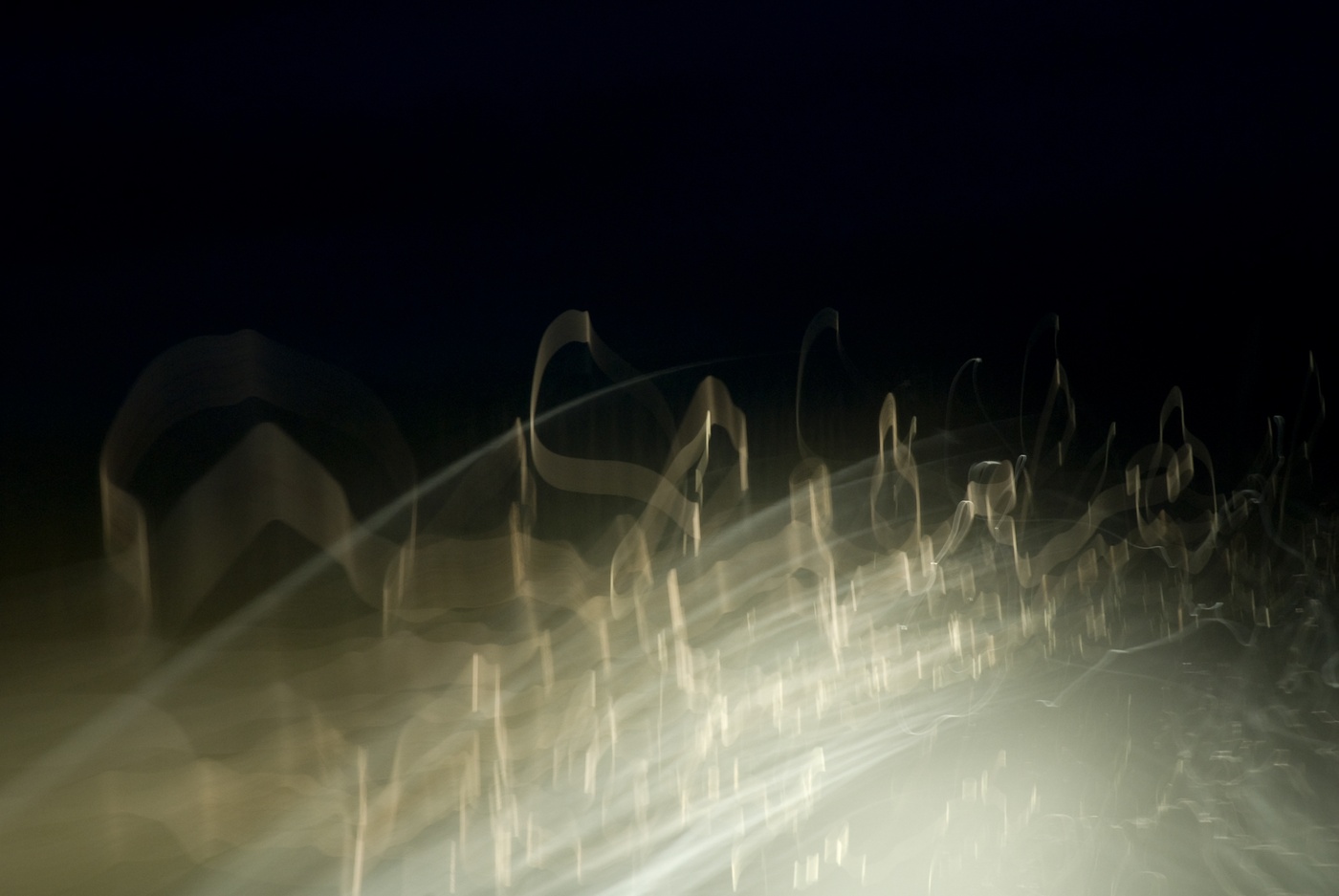 ‘I Drive You Crazy, to the Moon’, photographed mostly mid-2007, will be published one day by Vapour Momenta Books.

‘I Drive You Crazy, to the Moon’, is a private, political journey to oil, and “... grapples more abstractly with the geo-political implications of capitalist frameworks.” says Dr Barbara Garrie.

As a counterpoint to that immorality, and to underline the lyrical beauty and sometimes creepiness of the moving light, I have added music notation to the smaller, repeated images of the series, which have been placed according to the notes of the opening bars of each of the seven movements of Beethoven’s Late String Quartet #14 Opus 131, a piece of music that is humanity itself.

a book one day

‘I Drive You Crazy, to the Moon’ exhibited at Suite Gallery, Wellington, New Zealand, March-April 2011.

The series was photographed mostly mid-2007.

view all 24 works with print/price particulars

“... the trans-national reach of the capitalist machine ...”

Dr Barbara Garrie wrote the following essay by request, in March 2011. Barbara is an arts writer and lecturer in art history and theory at the University of Canterbury, Christchurch, New Zealand.

As with ‘I Must Behave’ (2009), the second in the trilogy, ‘I Drive You Crazy, to the Moon’ has been purposefully compiled without any accompanying text. Connew has asserted the importance of this move away from text as an attempt to negotiate any prescriptive interpretation of the works, although perhaps his title offers a signpost.

Following on from ‘I Saw You’ (2007) and ‘I Must Behave’, ‘I Drive You Crazy, to the Moon’ continues to explore the social and political imperatives that have become characteristic concerns of Connew’s practice. While the earlier editions in this series focused a critical eye on systems of surveillance and control, this current body of work grapples more abstractly with the geo-political implications of capitalist frameworks. ‘I Drive You Crazy, to the Moon’ is composed of a collection of photographs taken while making a journey by car. Streams of light are captured as the vehicle makes its way along the road to its elusive destination. Upon excavating this iconography, the journey reveals itself as a metaphor for oil, its production and consumption, and the impact of these processes on our social fabric. That the precise location of this journey remains ambiguous speaks all the more loudly of the trans-national reach of the capitalist machine and our reliance on precious resources, the acquisition of which may be fraught with problems.

These serious themes are explored, somewhat paradoxically, through what are unarguably beautiful, poetic and rather lyrical images that purposefully skew Connew’s social/political thread. The seductive dark surfaces of the night skies are laced with ribbons of light that convey a sense of speed and complex movement, and which give the images a strong graphic quality. Like the impressionistic images in ‘I Saw You’, these photographs have taken on an almost painterly dimension in their move away from purely figurative documentation. There is also something fleeting and otherworldly about the pictures. A sense of tension or frenetic energy can be detected as the lines of light vibrate in unpredictable patterns across the surface of the images.

While the images themselves are clearly more abstracted than in Connew’s previous bodies of work and break free of his earlier more conventional form, a sense of linear narrative structure can be found in the use of musical notation. Full-page photographs are punctuated by sequences in which these same images are repeated on a smaller scale and laid out like notes on a musical score, complete with ties, slurs and dotted notes. The melancholy, delicate joy, the dense and personal rawness and violent rhythm of Beethoven’s Late Quartet #14 Op 131 are the inspirations here. This notational device registers the sense of cadence to be found within individual photographs, and ties in well with the concertina design of the book so that the pages fold out like an extended piece of sheet music.

In this project, of course, as with the complete trilogy, content is inextricably linked to form. The book is a space of fictional tales and official histories (which, one might argue, are often the same thing), full of narratives that are consumed in our private worlds of reading. In the context of the book, our relation to the images in ‘I Drive You Crazy, to the Moon’ becomes more intimate, so that the photographs are encountered one-on-one in close proximity. The tactile experience of the book is important too; the feel of paper between your fingers and the opening out of the concertina pages elicit a very physical engagement with the body of the ‘reader’. In doing so, Connew’s book resonates more closely, drawing us into his abstracted world where we as viewers, as readers and as participants in his series, are asked to discover the meanings of the work by engaging all our senses.

view all 24 works with print/price particulars 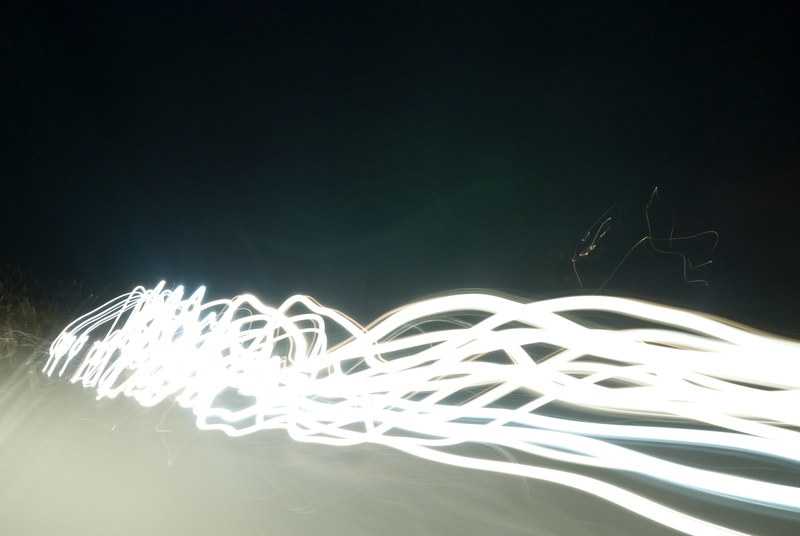 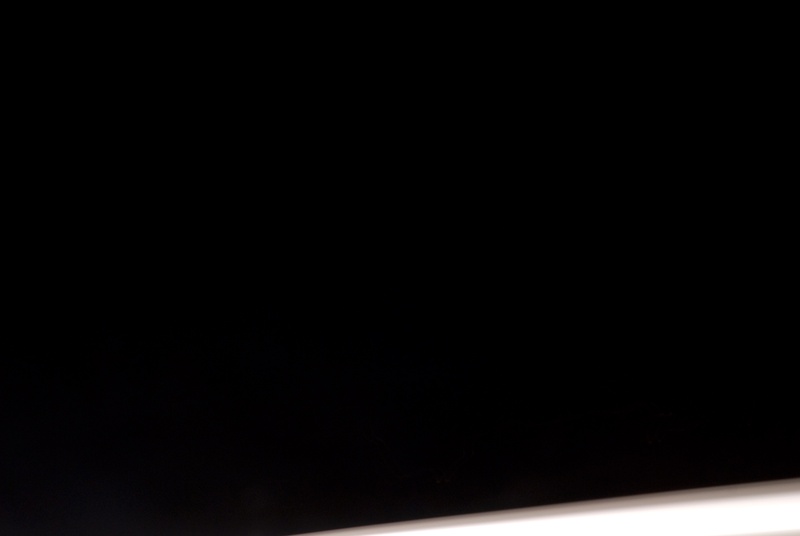 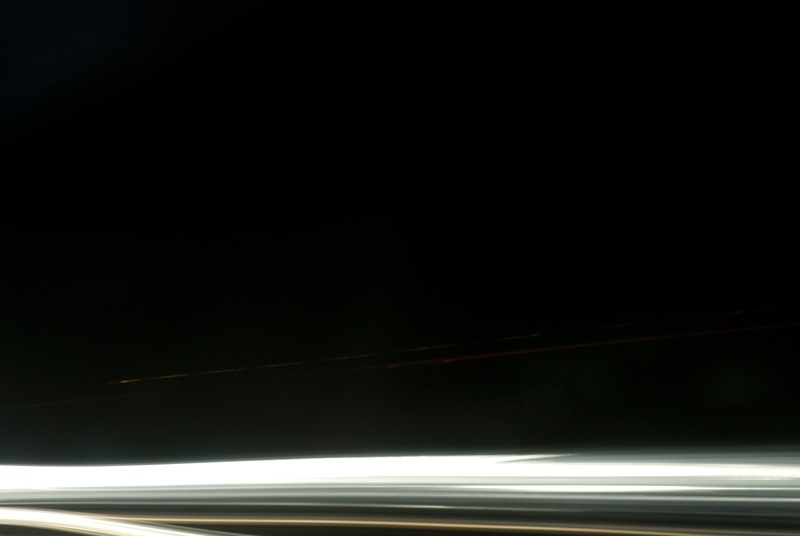 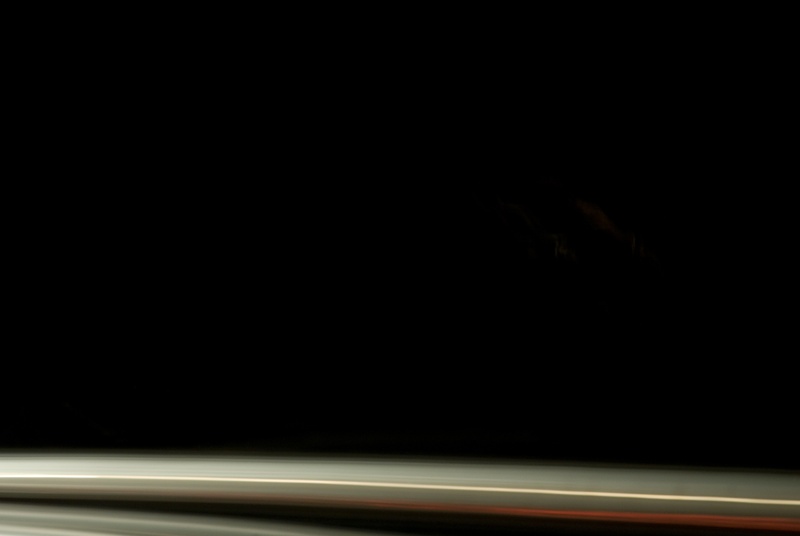