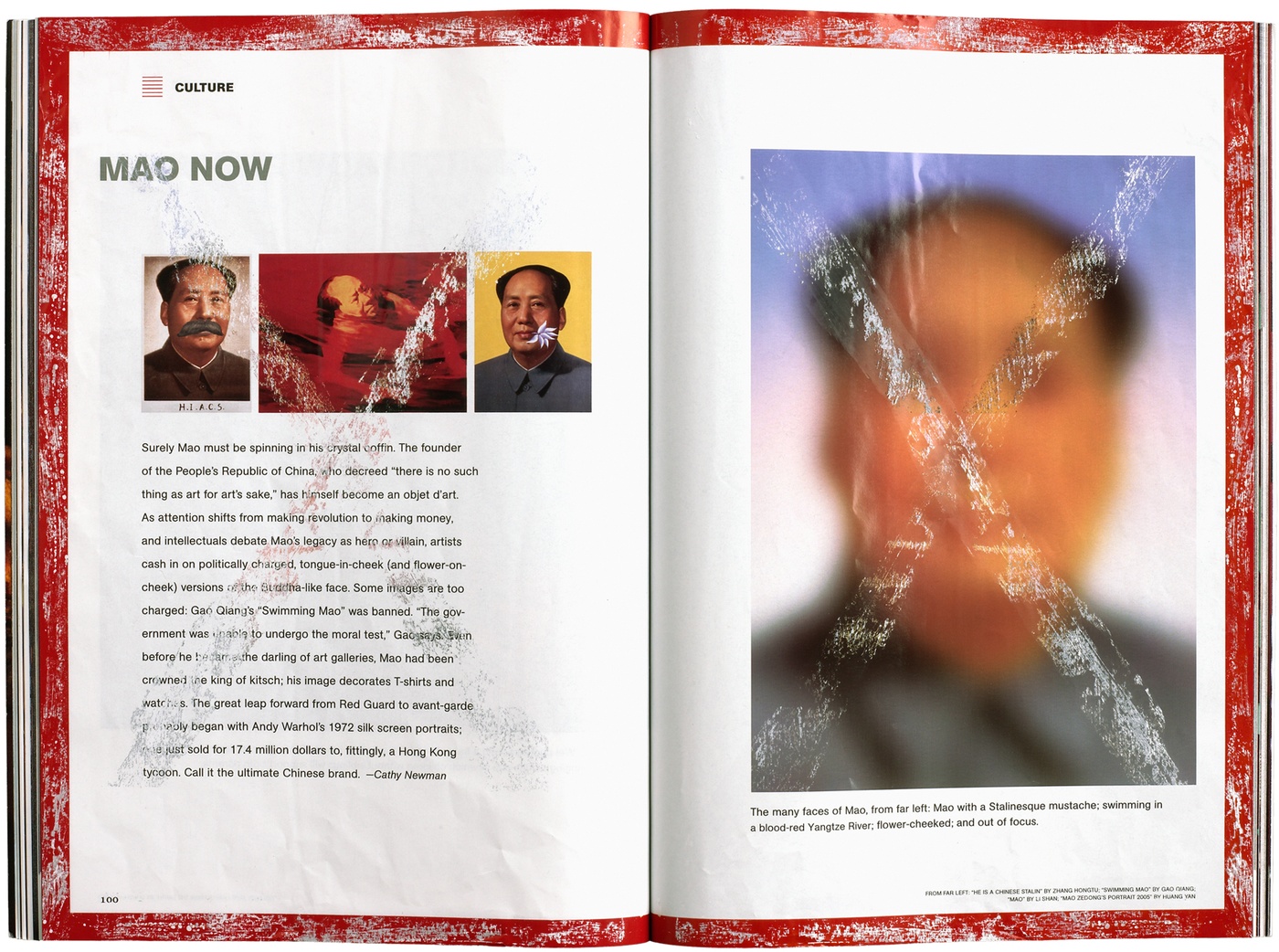 “Mulling over the layers of art and politics involved, I realized I had unwittingly prepared an artwork of my own, right there in the Louis Hotel room. I had three of the spreads photographed to produce a political triptych, three large pigment prints each twice the size of a National Geographic double-page spread; my personal recontextualization of these pages.” 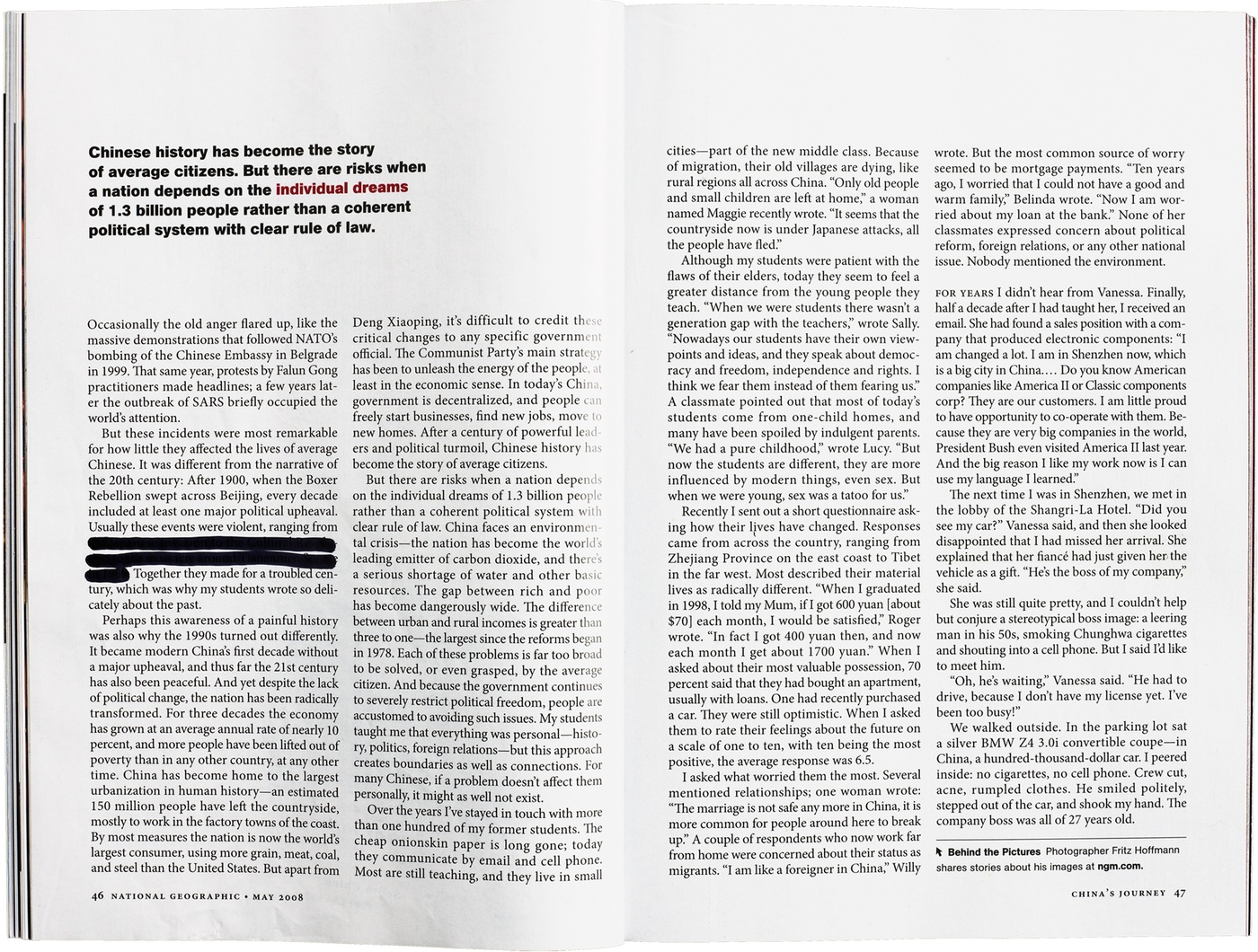 The ‘Censored’ triptych, with a Connew text, appeared inside and on the cover of the UK magazine of new writing, GRANTA 105, Lost and Found, Spring 2009.

“Mulling over the layers of art and politics involved, I realised I had unwittingly prepared an artwork of my own, right there in the Louis Hotel.” Bruce Connew

The three panels of ‘Censored’ were exhibited first at the Trust Waikato National Contemporary Art Award, Hamilton, New Zealand in 2008, then at Mary Newton Gallery, Wellington, New Zealand in 2009, and again at Suite Gallery, Wellington in 2013.
They appeared inside and on the cover of UK literary magazine GRANTA 105, Lost and Found, Spring 2009.
The first triptych, in an edition of three, was collected by the National Gallery of Australia, August 2014.

view all 3 works with print/price particulars

Back at my hotel, I took off the wrapping and started to flip through it. On page forty-six, I stopped. Two and a bit lines on the left-hand page had been crossed out in heavy black ink. Censored, I deduced—it was not long until the Olympic Games. Everywhere else in the world people were discussing whether the Games would provoke change in the Chinese government, but China is China.

I examined what lay beneath. On one spread, under the headline minorities, was a map of China with each minority assigned its own colour: the problem must have been that Taiwan, which China claims as part of its territory, was colourless. A second spread, ‘Mao Now’, showed four works by Chinese artists, each depicting Mao. One of these, Gao Qiang’s ‘Swimming Mao’, according to National Geographic, ‘was banned’. A third spread, with the title ‘Cutting Off Dissent’, presented a full-page artwork by Sheng Qi - a photograph of his left hand cradling a ‘boyhood’ photograph, which showed his missing little finger, which he had cut off in protest at the Tiananmen Square massacre in 1989.

view all 3 works with print/price particulars 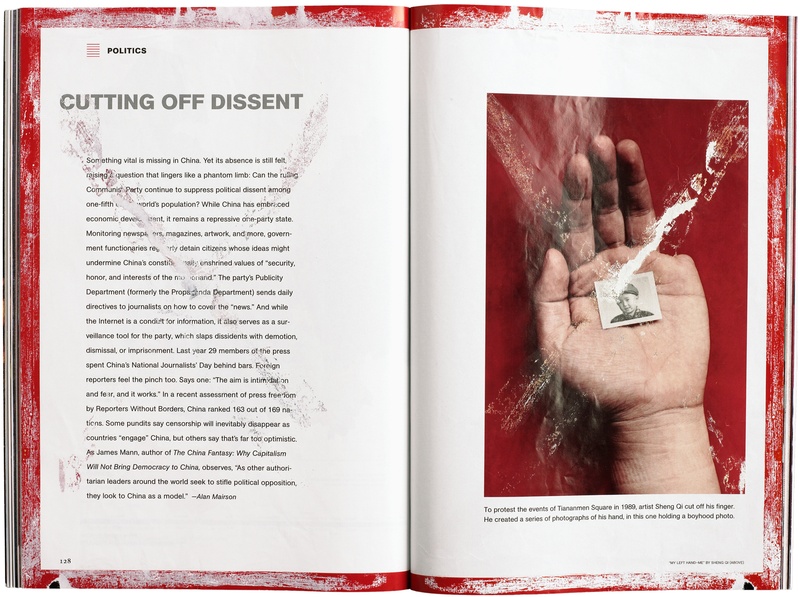 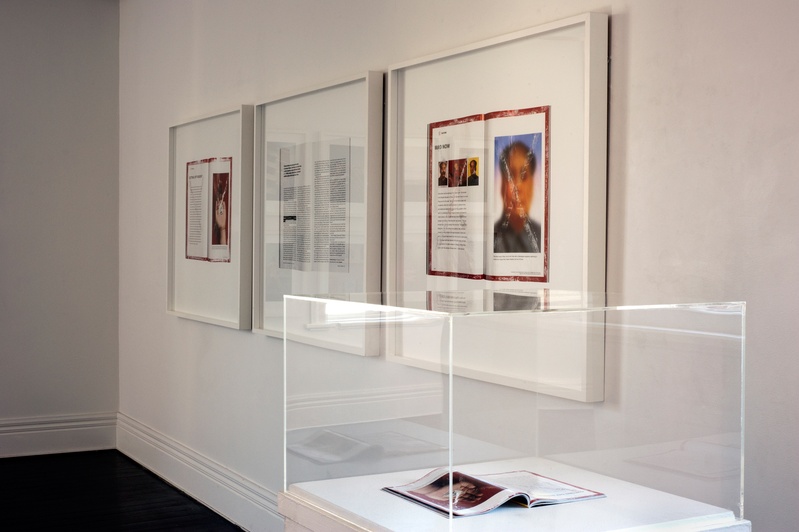