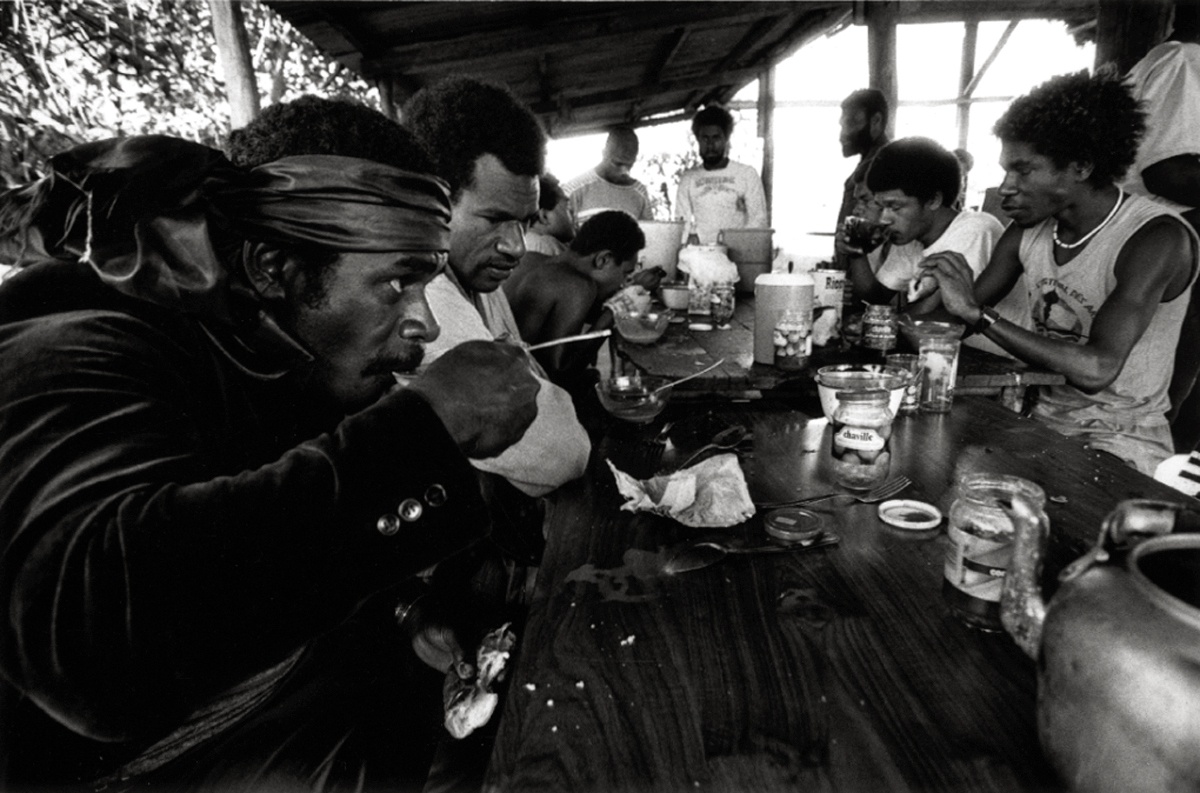 “Insurgents of the ragged army of the Kanak Socialist Liberation Front in New Caledonia are part-time insurgents only. Most of the time, they are farmers.” 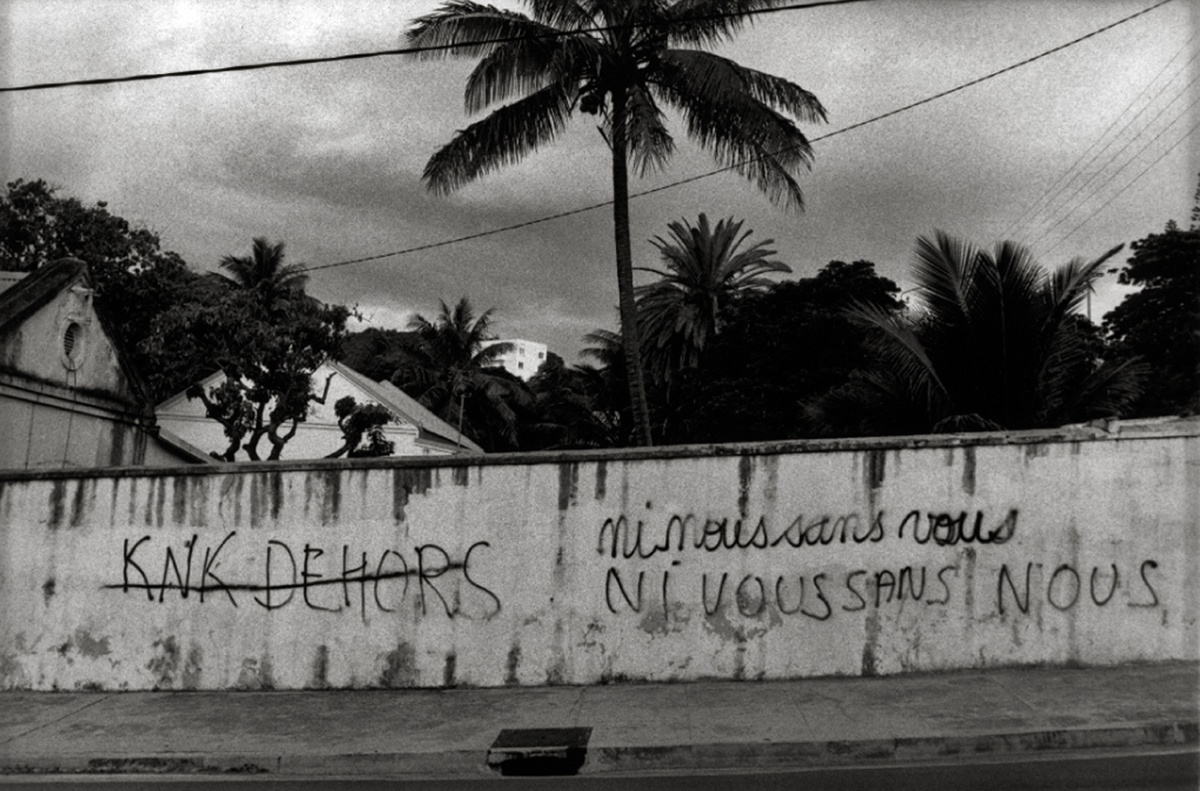 ‘Kanaky’ was toured to New Zealand universities, through 1986, by the New Zealand Student’ Arts Council.
The complete vintage exhibition series was collected by the National Gallery of Australia, August 2014.

view all 35 works with print/price particulars

The following is the introduction to a three-part report in the New Zealand Listener magazine beginning 26 January, 1985 on the troubles in New Caledonia during late 1984, by writer Vernon Wright and Bruce Connew.

Most New Zealanders at this time knew little of New Caledonia save for Noumea’s Club Med.

NEW ZEALAND’S NEAREST nearest neighbour, the French colony of New Caledonia, is in a state of unrest which has cost 16 lives since mid-November [1984] as its native Kanak people demand independence from France. The Kanaks are also demanding the return of land once theirs and now in the hands of European settlets.

But the issue is not simply one of majority rule. Although the Kanaks are still the largest ethnic group, they are only 43 percent of the population.

Moreover, not all those who want independence would willingly accept the socialist version promised by the major Kanak grouping, the FLNKS. And Mitterrand’s socialist government in France, while broadly sympathetic with Kanak demands, cannot grant immediate sovereignty to the indigenous people without risking a violent settler reaction in New Caledonia, and—perhaps more persuasive—a right-wing backlash at the next election in France.

Now Paris has put forward draft proposals which, if approved by a referendum in July [1985], will see the establishment of a Kanak state with a “priviledged residents” status for New Caledonians who do not want to be citizens of “Kanaky”, and a special status also for Noumea, where most of those residents live. Whether these proposals will be acceptable remains to be seen.

view all 35 works with print/price particulars 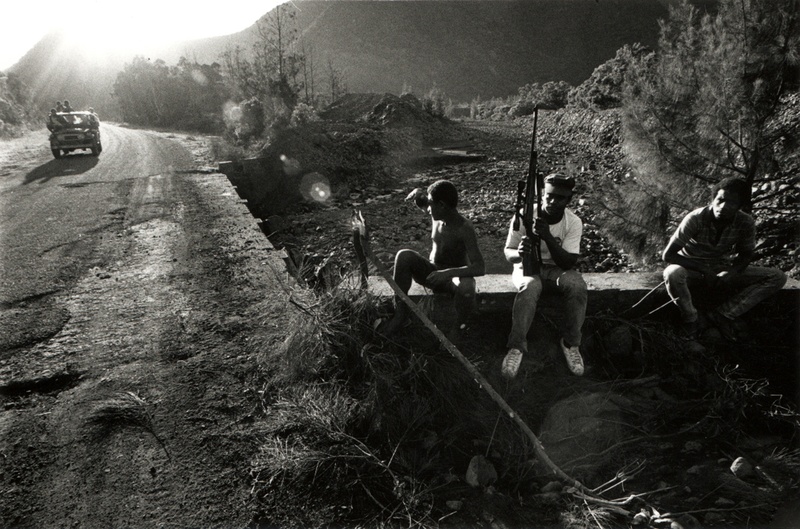 Kanaky #6 / Farmer-insurgents spend one week in three doing duty based at a farmhouse on the outskirts of Thio. 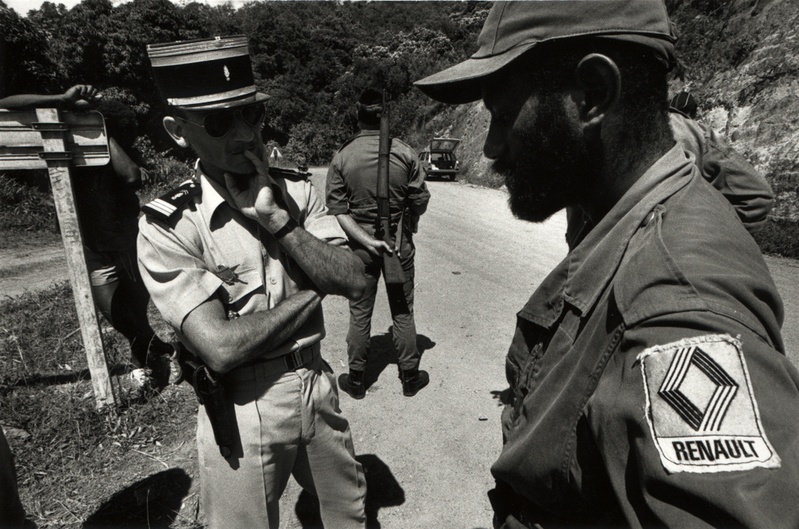 Kanaky #16 / A gendarmes roadblock on the road between Boulapari and Thio north of Noumea to check for guns and liquor. The roadblock is also manned by members of the Kanak FLNKS, making sure the gendarmes do their job properly. 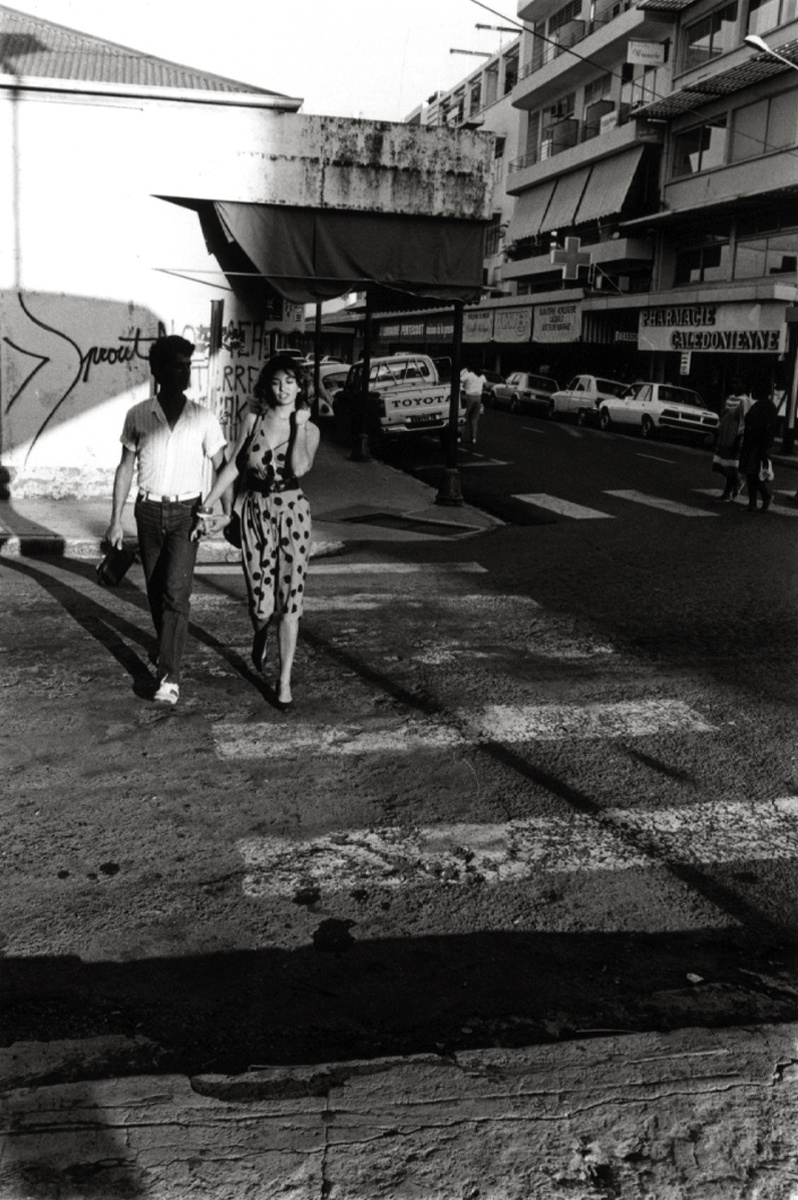 Kanaky #18 / In Noumea, Champs Elysee elegance remains amongst the tawdry streets. A city of tension, lived in but not quite cared for.